The survey photographer of Gyanvapi, in an exclusive interview with India Today TV, said that the structure resembled a mountain and not a Shivling. Read what he said.

The Gyanvapi mosque survey photographer Ganesh Sharma revealed some never before heard details from inside the premise. In an exclusive conversation with Aaj Tak/ India Today TV, Sharma said the ‘Shivling’ was shaped like a mountain.

Sharma said, “What is being shown in the media is like Shivling and looks the same from bottom to top but we saw it looks different from the bottom. Prima facie, it looks like it has the same shape from top to bottom but it broadens towards the bottom, almost taking the shape of a mountain.”

When it was measured, it was 12 feet in diameter and was in a mountain shape, he said.

“We photographed every detail. When we were watching, there was no atmosphere of religious sentiment, touching the Shivling, bowing down, saying ‘Har Har Mahadev’ was prohibited,” he said.

The structure was found on the last day of the court-ordered survey inside the Gyanvapi premises. While the Hindu side claimed it was a Shivling, the Muslim side said it was a fountain. 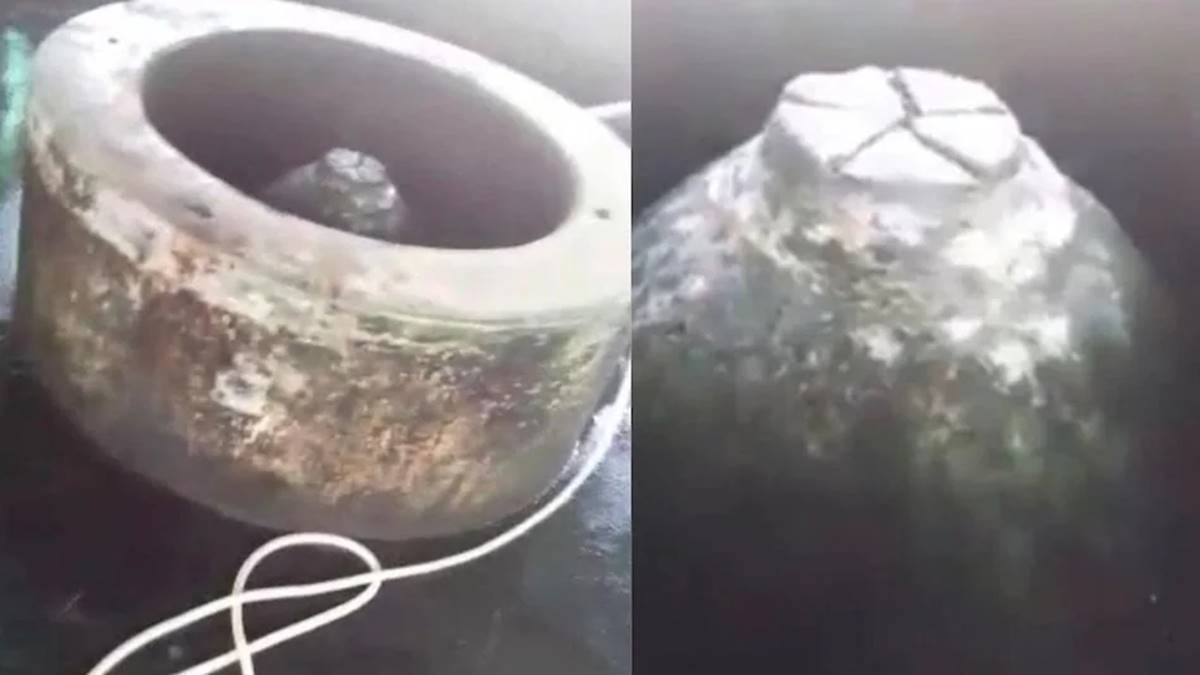 Giving details on the stone, he said, “It is a black shiny stone that, despite being submerged in water for such a long time, had not lost its sheen. It looked similar to the black shiny stone in Kashi Vishwanath.”

He said experts would give a more detailed explanation but he claimed the structure was submerged in 6 inches of water. “If it is submerged how will it throw water like a fountain?”

Sharma said when one of the panel members asked for the fountain to be switched on, it was said it couldn’t be turned on.

Further, he said, “There is no evidence to show that there is any supply of water to the fountain or to that structure.”

“So, now a demand is being made that the doors in the basement are opened to see if this Shivling goes all the way to the bottom. But, I saw a stone frame around one and a half feet. I think it must have been a part of the Shivling,” he said.

Sharma claimed that a stone under the main dome had Hindu designs on three sides. This had been added to the report but was not revealed to the media, he said.

“We did not see anything on the other two domes, but under the main dome, we saw a stone with Hindu designs on three sides,” he said.

Also, he said that on the western wall, a mantra of four lines was found. It was about 30 feet above the ground. “The verse seems to be written in Sanskrit but we will know what it is later,” he said.

As per an old photograph as reference, this verse is located on the right side of the bell.

Ganesh Sharma said there was no electricity in the basement, so they managed to take pictures through search lights. The search light threw a high beam, making it difficult to see very clearly.

He said, “Nothing special was found in the basements of the three rooms which were with the Muslim side. But a lion and a crocodile figure were found in the room in front of the Hindu side.”

Further he said, “In the mosque where prayers are offered, more than 10 trident and swastika signs were seen.”

Continuing to narrate what he saw, Sharma said, “What the Hindu side considers the sanctum sanctorum, there was a mat and a rug, when it was removed and knocked with the feet, it seemed hollow, as if a cellar was underneath.”

He said, “If you look at the dome from the bottom up, then you will see an artwork of flowers and leaves. This artwork does not represent Hindu symbols.”

While signs related to Islam were also found where Namaz is offered. It was recorded, he said.

“Many fragmented idols were found in the basement, a broken idol of Hanuman,” he claimed by looking at the feet of the statue.

He said there was no Shivling on the western wall as suggested by an old photograph.

Sharma said he had submitted all the footage to the court and all he had was his memory. “We don’t have any picture whatever was stored on the chip and that has been submitted,” he said.

He said the black stone, or Shivling, cannot be moved.

A petition filed in 1991 in a Varanasi court claimed that the Gyanvapi Mosque was built on the orders of Aurangzeb by demolishing a part of the Kashi Vishwanath Temple during his reign in the 16th century.

The petitioners and local priests sought permission to worship in the Gyanvapi Mosque complex. The Allahabad High Court in 2019 ordered a stay on an ASI survey that was requested by the petitioners.

The current controversy started when five Hindu women sought to routinely worship Shringar Gauri and other idols within the Gyanvapi mosque complex.

Last month, a Varanasi court ordered a videographed survey of the Gyanvapi Masjid complex after the five Hindu women filed pleas, seeking to worship behind the western wall of the premises.

BJP doesn’t talk about dynasty politics when it comes to the boss off BCCI: Mamata’s dig at Amit Shah, son Jay

BJP doesn’t talk about dynasty politics when it comes to the boss off BCCI: Mamata’s dig at Amit Shah, son Jay

In 2024, people will vote not to elect but to protest: Mamata Banerjee